On Friday, the Reverend Gradye Parsons, Stated Clerk of the General Assembly, joined with 33 other leaders of faith denominations and organizations to urge Congress duly to enact a budget that will keep our government running into the new fiscal year.  They wrote:

"Our democracy rests on principles of reason, compromise, and a commitment to the common good. To hold our governance processes and financial credibility hostage to narrow priorities is not only dangerous to the nation’s near-term financial well-being, it threatens the very foundations of our democratic process and our capacity to live united in community."

"It is time to stop playing politics with people's wellbeing.  It is the genius of our democracy that no one political ideology should determine the agenda of a nation, nor should those relying on government programs or the full faith and credit of the U.S. Treasury be held hostage.  It is time for everyone, citizens and elected officials, to engage in good faith in the difficult and challenging work of government."

The complete text of the letter from Religious Leaders follows:

As leaders of faith communities and organizations comprising millions of people from all walks of life across our nation, we are deeply concerned by the completely avoidable budget and financial crises we are fast approaching as a nation.

Though Congress must pass the federal budget, it belongs to every American.  This common fund formed of our combined tax revenues is designed to support the shared infrastructure, well-being, and long-term ethical values of our society.  As people of faith we find it morally irresponsible to blockade the process by which we provide for our nation’s shared needs in a bid to force any individual legislative priority.

It would likewise be reckless to propel the United States into financial default by refusing to raise the debt ceiling for spending that Congress has already approved.  Shuttering the federal government or defaulting on the nation’s financial commitments is likely to reverse our fragile economic recovery, punish the middle class, and deeply harm our most vulnerable neighbors.

Our democracy rests on principles of reason, compromise, and a commitment to the common good.  To hold our governance processes and financial credibility hostage to narrow priorities is not only dangerous to the nation’s near-term financial well-being, it threatens the very foundations of our democratic process and our capacity to live united in community.

We ask that lawmakers address their concerns through the proper legislative channels. It ill serves our nation and people to stand in the way of funding federal operations or raising the debt ceiling in an effort to block implementation of health care legislation that Congress duly enacted.  We ask that congressional leadership of both parties stand strong in opposing efforts to allow the will of the few to threaten the common good.

We commit to keeping you in prayer, asking that God continue to give you wisdom as you faithfully serve our nation during this time when the country most needs your principled leadership.

Posted by Office of Public Witness PC(USA) at 8:42 AM 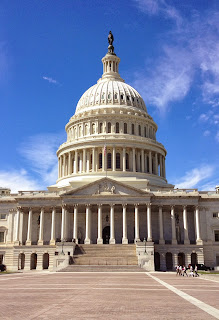 When being sworn into office, members of Congress must affirm that they “will well and faithfully discharge the duties of the office.” But in recent days, many Members of Congress have lost sight of this promise. Instead of dedicating themselves to promoting the common good and serving the needs of communities they are elected to represent, they are choosing to defund programs that serve the most vulnerable people in the country, to create unnecessary fiscal crises, and to engage in ideologically-driven, gridlock-producing debates.  In other words, they are displaying a willful refusal to engage in the business of government.

Act now to tell your members of Congress to stop playing politics with people’s lives. 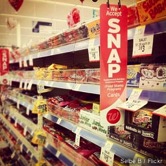 Last Thursday, Sept. 19, the House of Representatives approved a bill that will cut $40 billion from the Supplemental Nutrition Assistance Program (SNAP, formerly the Food Stamp Program) in a narrow vote of 217 to 210.  For several OPW blog posts about and in opposition to this bill, click here.  If this bill were enacted as passed, it would cut 4 million people from the program, reduce benefits for others, and cut 210,000 children from the free school meals program, among other things. In 2012, according to the U.S. Census Bureau, SNAP lifted 4 million people out of poverty and made tens of millions of people less poor than they otherwise would have been.  SNAP is one of our nation’s most effective and efficient anti-hunger tools and these cuts can only be characterized as draconian.

Click here to tell your Representative how disappointed you were in the final vote, and thank your Member if he/she voted against the measure.

The next day, the House passed a “Continuing Resolution,” a short-term funding bill, in lieu of full-year appropriations.  The bill not only continues post-sequester spending levels (i.e. indiscriminate, multi-year, across-the-board spending cuts), but also defunds the Affordable Care Act (ACA, also known as Obamacare).  The ACA has been the law of the land since 2010 and was upheld by the Supreme Court in 2012. The House of Representatives has already taken over 40 votes either to repeal or defund the ACA to no avail. This further effort to defund Obamacare is an attempt to force a political end when it cannot be accomplished through regular legislative procedure.  It is also a political non-starter, given the current divided Congress, and fails to offer a meaningful way forward, either on health care or the coming budget crisis. A political showdown is ensuing, as the specter of a government shutdown looms at the start of October.

This sort of grandstanding is irresponsible, endangering those who rely on the government, from those who receive WIC nutrition assistance or Head Start, to those who enjoy the beauty of national parks, to federal employees, who, as a group, outnumber any other single employer’s labor force.  Other impacts of a government shutdown could include:


Instead of these politically motivated squabbles, Members of Congress should be focusing on the true issue at hand – keeping government programs funded so that they can continue to serve the common good.  Congress must pass a spending bill, and soon.  Even as they are already looking past Sept. 30 to the next big, manufactured political crisis, the raising of the debt ceiling.

With the clock rapidly ticking toward the September 30 deadline, we need bold leadership and effective governance. Our elected officials have been placed into office to serve the needs of the people they represent and to govern with integrity. It is unjust to use funding for vital programs critical to people’s lives as leverage for forcing policy. The time has come for our leaders to put aside distracting partisan debates and negotiate an agreement on the federal budget.

Act now to tell your members of Congress to stop playing politics with vital budget legislation.

For the last several years, the PC(USA) has joined with a broad spectrum of interfaith partners in calling for a Faithful Budget which reflects a commitment to robust funding for programs that serve the common good and adequate revenue to meet these commitments. It is grounded in our faith call to love our neighbors and to care for all of God’s people and creation. We remember Peter’s charge to leaders that they:

“Be shepherds of God’s flock that is under your care, watching over them—not because you must, but because you are willing, as God wants you to be; not pursuing dishonest gain, but eager to serve; not lording it over those entrusted to you, but being examples to the flock.” (1 Peter 5:2-3, NIV)

* Many thanks to partners at the United Church of Christ for collaborating with us on this piece.

** Correction printed on Sept. 26, 2013: Social Security benefits have been determined "essential services" by the Department of the Treasury and will not be disrupted by a government shutdown.

Posted by Office of Public Witness PC(USA) at 12:43 PM