This week, OPW's Leslie Woods has been guest hosting a conversation on just food and farm policy on ecclesio.com.  Check out her post and one from Bread for the World colleague, Christine Meléndez Ashley.

What happened to the Farm Bill? The State of the National Debate Around Food Justice
by Leslie G. Woods

... Indeed, the meta-narrative around our nation’s food and farm policy has changed completely in one Farm Bill cycle.  Last time, in the debate around the 2007 Farm Bill, the PC(USA) joined with ecumenical partners to call for an end to trade-distorting subsidies and for investments in nutrition and conservation.  Today, in the 2012 Farm Bill debate (2012 because the current Farm Bill actually expired in 2012), we are still advocating for just food systems and investments in food aid, conservation, and rural development, but it is in the context of a Senate that voted to cut Food Stamps by $4 billion and House of Representatives that has introduced a bill to cut $40 billion from the same program.  What happened?   Read More 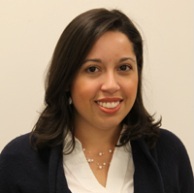 When one hears about the farm bill, images of idyllic farm land, tractors, red barns, and silos likely come to mind. In reality, the policy embodied in the farm bill reaches far beyond the farm. This vital piece of legislation affects our entire food system, from what is grown in fields to whether or not families are able to put food on the table. Just as apt a title for the bill would be the “anti-hunger bill”… Read More
Posted by Office of Public Witness PC(USA) at 3:56 PM