This August, tell your Members of Congress in person that peace talks between Israelis and Palestinians need to be founded on justice.


This August, tell your Members of Congress in person that peace talks between Israelis and Palestinians need to be founded on justice. 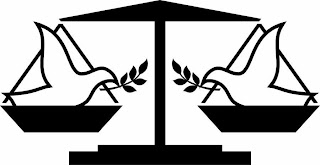 In recent days, there has been a lot of attention on the launch of negotiations between Israelis and Palestinians. While many have lauded this development, core concerns will need to be addressed in order for there to be a just and sustainable resolution of the conflict. Without these foundations of justice, negotiations could be used as a pretense for ignoring ongoing injustices.

Reports indicate, for example, that Israel is set to approve as many as several thousand housing units over the coming months in the West Bank and East Jerusalem. In late June, the Israeli Knesset (parliament) began consideration of the Prawer Plan, which would expel more than 30,000 Palestinian Bedouins from the Negev desert region and confiscate much of their land.

These kinds of actions work directly against a vision of sustainable and just peace. Rather than seeing this as inevitable, the U.S. government would do well to heed the action taken by the European Union which announced in mid-July that member nations would not do business with Israeli entities in the occupied territories, including East Jerusalem.

If the U.S. were to follow suit, it would send a clear signal that the settlements are illegal and are not to be used as a negotiating tactic against the Palestinians. A just resolution of the conflict will require:
* A commitment to respect human rights;
* An end to the Israeli military occupation of the West Bank, the Gaza Strip and East Jerusalem;
* A shared Jerusalem;
* An end to discriminatory confiscation and distribution of land and water resources and the dismantling of the illegal separation   wall; and
* Justice and security for Palestinian refugees.

The prophet Jeremiah decried those who say "'peace, peace, when there is no peace" (6:14). The biblical vision of peace rests on the solid foundation of justice and right relationships. Indeed, Jeremiah urges the people to seek "the good way": "Thus says the Lord: Stand at the crossroads, and look, and ask for the ancient paths, where the good way lies; and walk in it, and find rest for your souls" (6:16).

To see that peace is founded on a solid foundation of justice and right relationships, the 216th General Assembly of the Presbyterian Church (U.S.A.) affirmed:

The security of Israel is inexorably dependent on making peace with their Palestinian neighbors, by negotiating and reaching a just and equitable resolution to the conflict that respects international law, human rights, the sanctity of life, and dignity of persons, land property, safety of home, freedom of movement, the rights of refugees to return to their homeland, the right of people to determine their political future, and to live in peace and prosperity.

Meet with your members to ensure that the rights of all Israelis and Palestinians will be protected to achieve true and lasting peace!

The August recess (August 5 through September 6) is a great time to visit local offices of your representative and senators. They need to hear from you and other constituents that you strongly support peace between Israelis and Palestinians, but that this peace must be based on a foundation of justice.

Tips for making in-district visits
Posted by Office of Public Witness PC(USA) at 11:39 AM