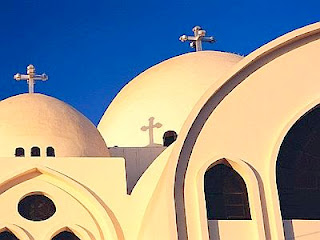 15 August 2013
A message from the Secretary-General
August 14, 2013, was a day of extreme anxiety for Egypt, when the Security Forces broke up the sit-ins at Raba’a El Adaweya and Nahda Squares. These were not peaceful sit-ins. Rather they were a threat to the stability of the country and disrupted people’s lives. These sit-ins included armed banditry that terrorized citizens, and showed contempt for the law, and defied the authority of the state. No government can tolerate such situation.
Over the past six weeks, the interim Egyptian government had tried repeatedly to achieve a peaceful political solution to the impasse with the Muslim Brotherhood, but to no avail. In addition, the international community’s efforts to mediate a compromise with the Islamist group also failed, as their leadership insisted to impose its will on the nation.
For this reason, a majority of the Egyptian people demanded the closure of these protest camps and combating this movement that adopts violence and terrorism. Although those in the protest camps represent no more than 5% of the Egyptian people, this minority nevertheless tried to impose its will by force on the rest of the population, without having the political experience or expertise.
Dismantling these sit-ins resulted in the death of several policemen and protesters alike, and was followed by attacks on several government and security institutions, and attacks on nearly twenty churches of different Christian denominations, some of which were burned completely. In addition, a large number of property owned by Christians were destroyed.
We as Christians reject violence of all its forms, and regret the suffering experienced by all Egyptians in these events. Along with all Egyptians, we have lost the sense of security, but we never doubt the presence of God with us. In the midst of these difficult circumstances, I would like to leave with you a few observations:
First, we trust completely in God's full sovereignty, and that he directs all things according to his will which is good and acceptable and perfect.
Secondly, we believe that the best that can be done in these circumstances is lifting up prayers and petitions to the Lord.
Thirdly, grounded in faith, the Church cannot respond to violence with violence, or repay terrorism with terrorism. Rather, the Church yields this responsibility to the State which is able to do so. And, in fact this is what actually happened today – as the Church did not respond to acts of terror and destruction against it.
Fourthly, when evil and violence abound, the Church must intensify its efforts for peacemaking and reconciliation, and emphasize its message for dialogue and renouncing violence.
Fifthly, the Church is not buildings and bricks; but it is the people of God who must testify about God with energy and clarity. Though some church facilities have been destroyed, still these congregations remain alive and vibrant, fulfilling their purpose to the fullest.
Sixthly, these elements that espouse violence in the Egyptian society do not believe in the transition to democracy, or acceptance of the other, or community dialogue. On the contrary, they seek to control the government, by mixing religion and politics, and exploiting the religious sentiments of ordinary people. For this reason, this Islamist movement opposed all state institutions (the army, police, judiciary, media, Al-Azhar), and neglected the people's demand and needs, and appointed its supporters in national leadership positions.
Seventhly, we ask our partners and friends everywhere to understand the situation in Egypt; to support our country in every way possible; and to stand with our nation as it takes steps on the right track.
With sincere regards and appreciation,
Rev. Refat Fathy
Secretary-General,
Evangelical Presbyterian Church – Egypt
Synod of the Nile
Posted by Office of Public Witness PC(USA) at 11:42 AM