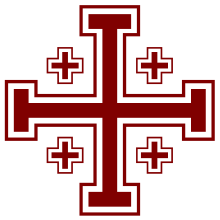 We, the Patriarchs and Heads of Churches in Jerusalem, follow with great concern the dreadful situation in Egypt, which suffers from internal divisions, deliberate violence and terroristic acts against innocent people, both Muslims and Christians.  Government institutions were attacked, a great number of Egyptian soldiers and policemen have been killed, public property was destroyed, and Christian Churches were desecrated. The desecration and burning of churches is an unprecedented scandal and goes against the values of tolerance, lived in Egypt for centuries. We appreciate the fact that many Muslim compatriots have stood by the side of Christians in defending churches and institutions.
We strongly condemn these acts of vandalism carried out by some extremists, and call upon all parties to stop violence and killing and to work towards national unity, without which Egypt will risk a civil war.
We stand with the Egyptian people in their strife against terrorism and militant groups, both locally and internationally. We offer our condolences and sympathy to all victims and casualties and pray for healing of the wounded and afflicted.
We call upon the International Community to stand against violence and terrorism, to help the people of Egypt to overcome this cycle of violence and bloodshed, and to help to get the country back on track.
We pray the One Lord to enlighten the Egyptian leaders to save the values of democracy, dignity and religious freedom.